Just like in Shamsi’s forthcoming book, the episode Time and Again featured the last train journey from independent India to the newly-formed state of Pakistan.

“I was an emotional wreck because it really hits home,” the 62-year-old author told Al Jazeera. “It’s just everything that I have heard from my mother’s own personal experience. It was very, very moving, and powerful.”

Ms Marvel’s depiction of the 1947 partition of India was the first time many South Asians – and others – in the West saw this chapter of history on screen, and on a platform as big as Disney.

In the episode, Kamala Khan, played by Pakistani-Canadian actress Iman Vellani, uses her superpowers to teleport to a frightful night in 1947 where she rescues her grandmother and reunites her with her family before the last train departs for Karachi city in Pakistan.

For some like Shamsi, it evoked tears, and for others, longing for a home that they have never known.

As the British empire withdrew its colonial rule over the subcontinent in 1947, it was quick to transfer power and draw arbitrary borders along religious lines of Hindu-majority India and mainly Muslim Pakistan, which included modern Bangladesh, then known as East Pakistan.

The move triggered communal violence and a mass exodus that killed nearly two million people and left some 15 million displaced.

“A lot of viewers were saying: ‘I had never thought I would see our history in Western media’ or ‘I never knew about this tumultuous event and it prompted me to ask my family about the partition,’” Asghar, 32, told Al Jazeera. 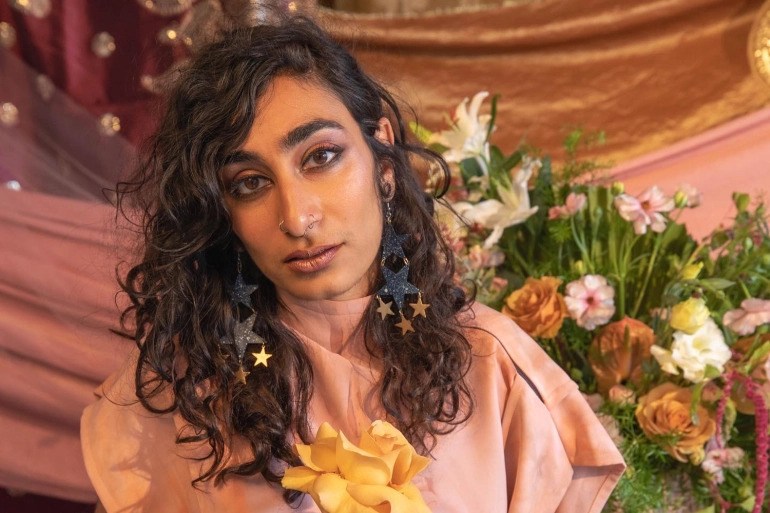 Subsequently, Asghar and Bisha Ali, the lead writer of Ms Marvel, put together a list of resources that viewers could refer to if they were interested in learning more about a period of history that was missing from mainstream media and education in the West.

While the Disney series is a first on many accounts – a South Asian Muslim superhero and positive, nuanced representation of Muslim American communities – this particular episode was widely regarded as a blueprint for an authentic portrayal of a minority community’s history.

Apart from Ms Marvel, there are other creatives who are bringing a much-needed narrative and representation to the mainstream Western culture.

Shamsi’s The Moon from Dehradun is a picture book in which six-year-old Azra leaves her doll behind while hurriedly departing on the last train from Dehradun in northern India to Lahore, Pakistan’s second-largest city barely 24km (15 miles) from the Indian border. 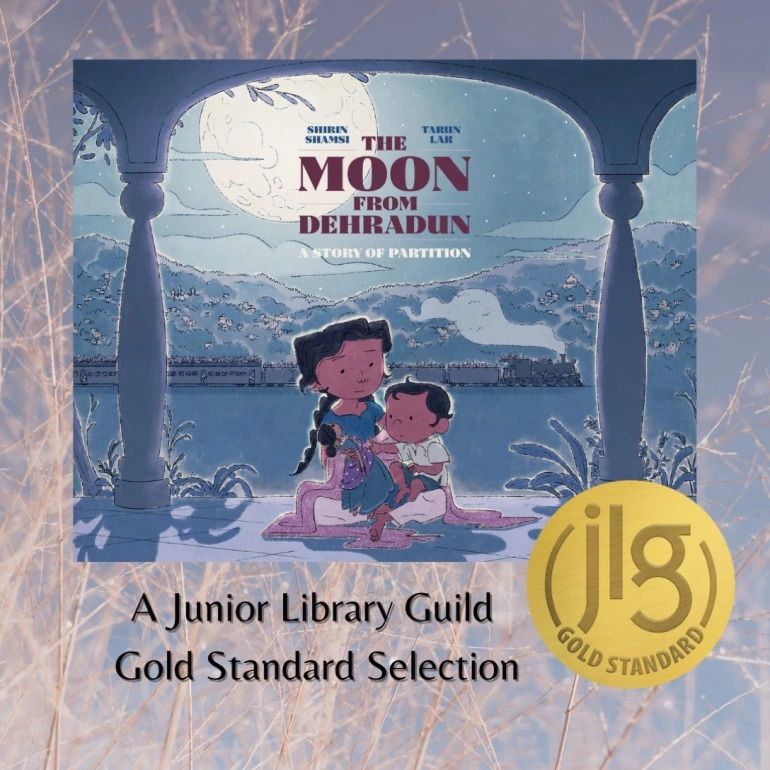 Similarly, Houston-based Saadia Faruqi’s forthcoming middle-grade novel, The Partition Project, features a 12-year-old Maha, who is far removed from her heritage and who reconnects with her family’s partition history through a school project.

As a nod to the erasure or dismissal of people of colour’s histories, the book also features Maha’s American friends trying to grapple with why an event that happened in a different place and time is so important to her.

“Partition stories are about being proud of your heritage, but they are also stories of human resilience,” Faruqi, 46, told Al Jazeera.

“They are stories of bravery and determination; stories that we can all be inspired by. Hopefully, they will help young people make better choices on the national and international arena, and the next generation can live in a better world,” she said.

”Some of the violence that we are seeing today is reminiscent of 1947. It makes people want to explore and talk about the event today.

Similarly, Lost Migrations is a three-part animated anthology that explores the memory and trauma of the 1947 partition. Away from dominant narratives, the project aims to highlight stories of lesser-known communities that have traditionally been excluded from partition histories.

“We wanted to amplify partition so that wider audiences and those who didn’t know about the event can access it in an engaging way,” says Saadia Gardezi, co-founder and Pakistan lead on the animation.

Lost Migration is an initiative that reconnects post-partition refugees with their childhood homes through virtual reality.

The project is a cross-border production between the United Kingdom, India and Pakistan. It is currently premiering across museums and cultural institutes in the UK and will soon be available for viewing in South Asia.

The first episode narrates the plight of the refugees and their sense of statelessness.

Reminiscent of famous Urdu writer Saadat Hasan Manto’s iconic story Toba Tek Singh, the protagonist in Lost Migrations, lacking the correct paperwork to stay in his country, is deported and eventually loses his sense of belonging and identity.

In the second animation, an eight-year-old Nithya learns of her family’s escape from Burma (modern Myanmar) during the second world war while cooking with her grandmother – the Chettinad cuisine being the only constant in their story of intergenerational loss. 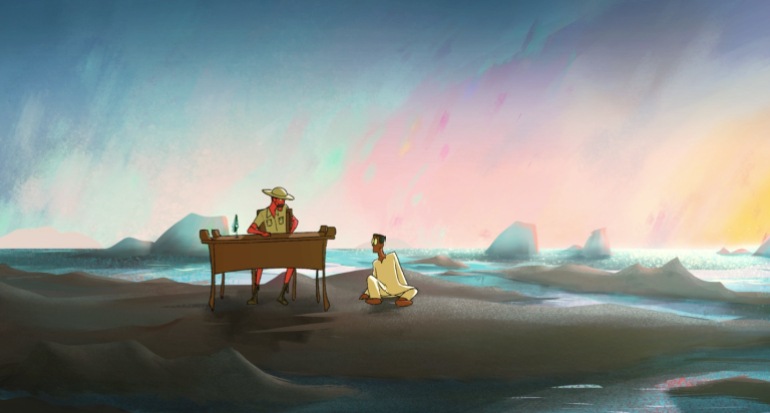 Drawing on historians Rokeya Sakhwat and Urvashi Butalia’s works, the last animation features an old woman in present-day Kolkata city in eastern India who reflects on the violence and trauma women faced during the partition.

“[The partition narrative] is about decisions made by larger-than-life statesmen like [Mahatma] Gandhi, [Jawaharlal] Nehru and [Muhammad Ali] Jinnah,” Gardezi told Al Jazeera.

Nehru was independent India’s first prime minister, while Gandhi and Jinnah are considered “fathers” of their nations, India and Pakistan, respectively.

By providing what the authors claim is a balanced perspective through personal stories, the animated anthology challenges popular narratives of nation-building that most Indians and Pakistanis grew up hearing.

The anthology is also one of the handful, cross-border collaborations that makes it particularly relevant in these turbulent times when relations between the two nuclear powered-neighbours remain tense perpetually.

“We live in a time where it is difficult to talk about diversity and difference,” Sandhya Visvanathan, a Bengaluru-based animator on the project, told Al Jazeera.

“In today’s political climate of hate, the exchange of ideas and knowledge, an impartial understanding of events and empathy is important,” she said. 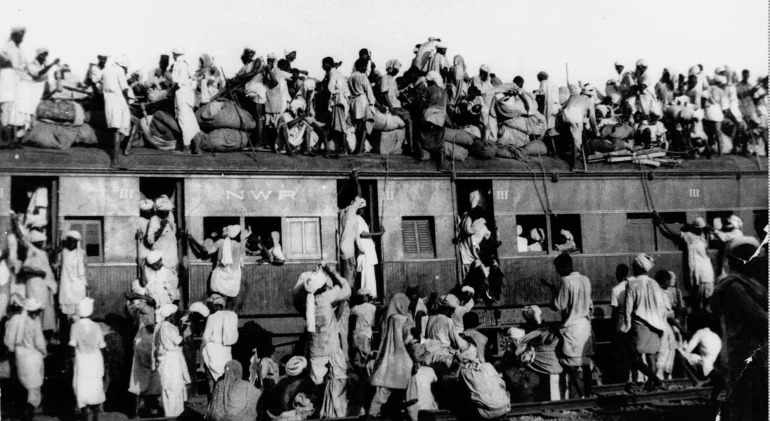 Gardezi believes the trauma of partition never left the popular discourse in South Asia or its diaspora.

“I don’t think it disappeared from mainstream culture. It transcends into our culture and literature,” she told Al Jazeera.

“We are drawing from and standing on the shoulders of giants like Manto. We are only bringing it back – in a new iteration.”

Citing the example of Project Dastaan, she says: “This generation is rediscovering these stories in a visibly different and engaging way because of social media and other new mediums.”

When asked why, in recent years, there has been a surge of dialogue and work centring on the partition, filmmaker Asghar said “after spending so much time in silence” artists are trying to ensure that history is not lost.

As this year marks the 75th anniversary of the cataclysmic event, many want to honour the stories of a generation that survived the partition, and equally importantly, prevent its erasure from history.

“South Asia is seeing a lot of religious and ethnic violence, as well as divides in the diaspora. And a natural response is: ‘What is this reminiscent of?’

“Some of the violence that we are seeing today is reminiscent of 1947. It makes people want to explore and talk about the event today.”